This week I was doing some bible reading and ran across a verse I have pondered but don’t think I have ever written about: For David had done what was pleasing in the LORD’s sight and had obeyed the LORD’s commands throughout his life, EXCEPT in the affair concerning Uriah the Hittite. (1 Kings 15:5)

I have observed angst in people over the years when God calls King David “a man after his own heart.” (1 Samuel 13:14; Acts 13:22). Understandably, people stutter as they respond: “But, but, but he committed adultery with Bathsheba and murdered her husband Uriah!” Yes, he did. 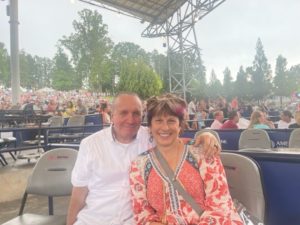 When looking at a panoramic view of David’s life, he followed God wholeheartedly EXCEPT for that season of sin. As a shepherd boy he trusted God, in the story of David and Goliath he proclaimed God, and as King of Israel David served God passionately.

EXCEPT for one season of his life with very distinct lines around it, a story of disobedience is told in one chapter of the bible — 2 Samuel 11. King David stayed home from war, caught sight of a beautiful woman bathing named Bathsheba, summoned her to his quarters, got her pregnant and then had her very faithful husband, Uriah, killed in battle. 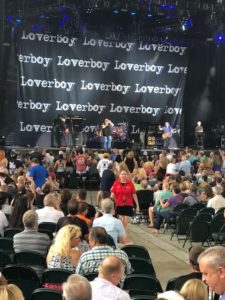 Do you have an EXCEPT?

There are EXCEPTS in the lives of multiple heroes of the faith. There is such a distinct line in the life of Moses. Before he murdered a fellow Egyptian — and after — Moses walked with God as a hero of the faith and “The LORD would speak to Moses face to face, as one speaks to a friend…” (Exodus 2:12-14 and Exodus 33:11). Saul (later Paul) has a distinct line drawn by God on the road to Damascus between slaughtering Christians and being one of the most dynamic proclaimers of the gospel in history (told in Acts 9:1-19; re-told in Acts 22:6-21 and 26:12-18). Paul never looked back.  I also think of seasons of EXCEPT in the life of Elijah (1 Kings 19:4) and Jonah (Jonah 1:3). Sadly, those EXCEPTS are often highlighted today as the first and main source of conversation about these men. 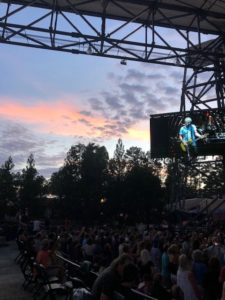 The verse featured above from I Kings 15:5 was written while Jeroboam was king of Israel. There is no recorded EXCEPT season in Jeroboam’s life, nor in his son’s Nadab’s life, who reigned after his father.

Jeroboam, reigned 22 years (Israel): But even after this, Jeroboam did not turn from his evil ways. He CONTINUED to choose priests from the common people. He appointed anyone who wanted to become a priest for the pagan shrines. This became a great sin and resulted in the utter destruction of Jeroboam’s dynasty from the face of the earth. (1 Kings 13:33 NLT)

Nadab, reigned 2 years (Israel): But he did what was evil in the Lord’s sight and followed the example of his father, CONTINUING the sins that Jeroboam had led Israel to commit. (1 Kings 15:26 NLT) 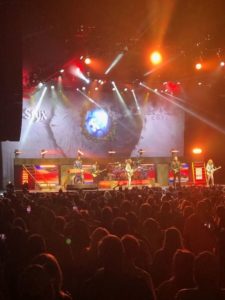 Dangers for the church, and perhaps for you and me

As I have pondered this for quite some time, I think the church as a whole — and we as individuals — can mishandle these two concepts. We can treat people with suspicion or distrust because of their season of EXCEPT. (Think about a person released from prison, or a marriage that has survived adultery.) If heroes of the faith had EXCEPTS, why do any of us allow an EXCEPT to persist in influencing our view of others who have one?

Not only can an EXCEPT be mishandled, so can a CONTINUE. Every long-term relationship in my life has lasted because of things like grace, giving second chances and forgiveness. Praise God for all the fresh starts I have been offered by friends and family! Loving people with CONTINUING issues of sin, however, is a careful path to walk. For example, have we sometimes allowed people with continuing issues of sin to be placed in positions of leadership in the name of grace, second chances and forgiveness? I think we have made such a mistake.

Questions to ask ourselves:

There are no concrete answers here. This is a general thought to consider. In the spirit of searching our hearts to make sure there are no impurities, I think these questions are worth asking. I have profited by asking them of myself.

Search me, O God, and know my heart;

test me and know my anxious thoughts.

Point out anything in me that offends you,

and lead me along the path of everlasting life. 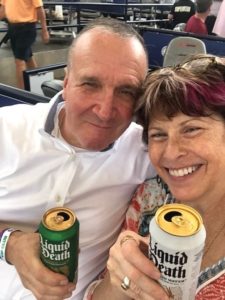 Picture Explanation: Today is the first time Juneteenth is a federal holiday. President Abraham Lincoln issued the Emancipation Proclamation to free enslaved African Americans in secessionist states on January 1, 1863, but enslaved people in Galveston, Texas, would not learn of their freedom until two years later on June 19, 1865. Check out THIS prior post related to lamenting slavery in America.

Today is also the celebration of Father’s day. I don’t have any photos from that because celebrating the father of our household occurs later today, but Friday night I finally got to cash in on a Mother’s day gift and enjoy some classic rock ‘n’ roll — Loverboy, REO Speedwagon and then Styx. Father and mother of the family had a great time!