Why is it good news that we are frail? 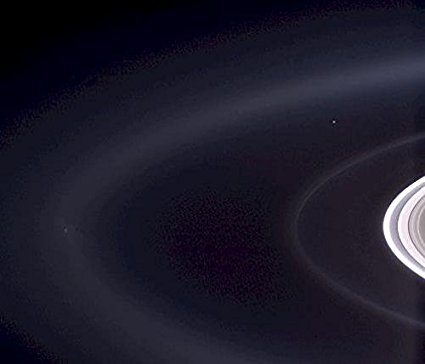 This week I spoke at my church on intercessory prayer and referenced this poster. NASA’s Voyager 1 spacecraft saw our home as a pale blue dot beyond the orbit of Neptune. (Can you see the pale blue dot in the upper right?) I purchased it for my office from Amazon because it reminds me of how small I am, how great God is, and the miracle of prayer. My talk went well, but I woke up the next morning wishing I had included today’s point when I referenced Ephesians 3:10-11…so that through the church the manifold wisdom of God might now be made known to the rulers and authorities in the heavenly places. This was according to the eternal purpose that he has realized in Christ Jesus our Lord.

I first learned today’s perspective during the final week of study in Priscilla Shirer’s study, Gideon. There stands Satan, already defeated. He will be cast into his own hell for all of eternity (Revelation 20:10). But for as long as this earth lasts, he is taking God on, trying to become like God and defeat the church, God’s children. How did God respond to Satan’s attempts to reign victorious one day (which will fail)? God picked us – His church – through whom to achieve the victory.

Yup, when faced with an arrogant angel who believed he could be like God (Ezekiel 28:12, 15, 17), God pointed to this pale blue dot with microscopic beings on it who have no power, sometimes get sick and always die. He declared that through us, the church, the manifold wisdom of God would be made known in the heavenly places. Imagine how insulted Satan was when God revealed that we frail-bodied humans would be the medium through which He would reign victorious and Satan would be defeated.

Then God equipped us for greatness. Already created in His image, He reached across all of this expanse to send His Son to die for us, placed His Holy Spirit inside of us to empower us, and then gave us the power of prayer to link our nothingness to His “somethingness” so we can live lives that stun the rulers and authorities in the heavenly places with whom we battle. From this tiny blue launching pad, the church is putting on a show of cosmic proportion as we walk with our God in the power of His Spirit and live our lives for His kingdom.

Our smallness is on purpose and makes us grand. Let’s not live our life for the pale blue dot. Let’s link our lives to God’s power instead and participate in the victorious story God is telling with His-story.