I am participating in Priscilla Shirer’s study on Elijah, which included the famous challenge Elijah set up with Baal worshippers in 1 Kings 18. Elijah and Israel were on one side and about 800 prophets on the other. (Half of the prophets worshipped Baal, the other half his female consort, Asherah). Each side chose a bull for sacrifice, cut it up into pieces, and placed it on the altar.

Imagine the two identical altars side by side.

Those familiar with the story know the ending.

The scene never ceases to astound me. One altar set ablaze while the other remains still and unchanged. It must have been dramatic to watch, but what I have now learned about Baal worship lends even more depth to the scene. Allow me to share what I have learned.

As you imagine the lifeless altar of Baal, don’t forget to picture it surrounded by 800 tired and sweaty people who had worked all day to get their powerless god to light their altar of sacrifice.

Then they called on the name of Baal from morning until noontime, shouting, “O Baal, answer us!” But there was no reply of any kind. Then they danced, hobbling around the altar they had made. (18:26) 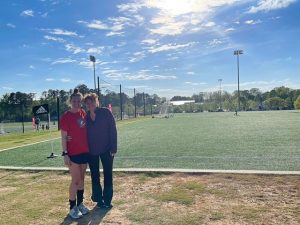 Their dancing was insane.

I learned their dancing was “mass hysteria and chaos” and “escalated frenzied madness.” Once they tried to get Baal’s attention from morning to noon and failed, they continued until sundown  with increased effort. (Shirer 143)

So they shouted louder, and following their normal custom, they cut themselves with knives and swords until the blood gushed out. They raved all afternoon until the time of the evening sacrifice, but still there was no sound, no reply, no response. (18:28-29)

In addition to the self-inflicted wounds, Shirer shares the dancing also included drums and sexual immorality. She writes, “All the noise. The shrieking. The running around and throwing themselves down. Yet it was to no avail. It generated no response from above.” (Shirer, 144)

All I could think of as I considered the wasted efforts of the Baal worshippers was, “Oh, this is what I look like when I am trying to get power from anything else but the living God.” 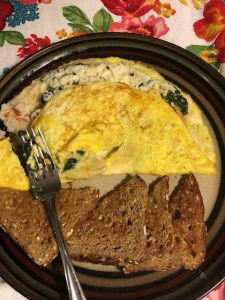 Work harder. Get more done in a day. Increase intensity. Buckle down. Strive to make the productivity count for something! Try to get people to like me. Try to get my friend to understand. Don’t cut this activity out of my life because it makes me feel better or makes me look good. And just like what happened to the Baal worshippers, “All the noise. The shrieking. The running around and throwing themselves down. Yet it was to no avail. It generated no response from above.” (Shirer, Elijah, 144)

Forget thinking about the ignorance of Baal worshippers. Look in the mirror, Laurie.

This is how the end of the glorious story came to pass. In front of the tired, bloody, sweaty and exhausted Baal worshippers with nothing to show for their day’s efforts, Elijah soaked the altar to God with water.

Elijah prays to God, not a god.

At last, Elijah calls everyone over to watch. He soaks the altar of the living God with water, stands back and prays for all to hear: “O LORD, God of Abraham, Isaac, and Jacob, prove today that you are God in Israel and that I am your servant. Prove that I have done all this at your command. O LORD, answer me! Answer me so these people will know that you, O LORD, are God and that you have brought them back to yourself.” (36-37)

And the fire came immediately.

Immediately the fire of the LORD flashed down from heaven and burned up the young bull, the wood, the stones, and the dust. It even licked up all the water in the trench! (38)

And people on both sides saw God’s power while they stood doing nothing. 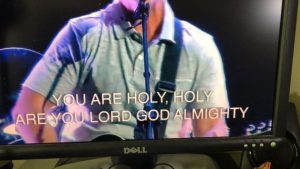 And God got the glory.

How frantic and silly we look trying to make anything else but God be our source of power. Without God, our efforts produce nothing of power that makes anyone fall to the ground and cry out, “The LORD—he is God! Yes, the LORD is God!”

Yes, but by God’s grace I look like one less times each year as God gets more and more of my heart. I love Him so. As the woman in the mirror ages, the heart of the woman becomes more alive.

Picture Explanation: This week I studied more of Elijah, attended a soccer game to watch my daughter play, ate my husband’s amazing food, and worshipped my amazing, holy God Almighty.