We can try to rest! 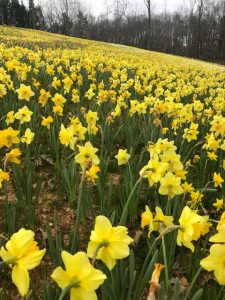 Three weeks ago when I decided to study when Jesus rested, I inadvertently started a little series on the subject! Week 1 HERE I noted how little rest Jesus got during His public ministry, perhaps indicating that as we live wholeheartedly for the Kingdom, an active life is to be expected. People will keep us busy.

Week 2 HERE I noted that the only consistent solitude I see for Jesus in His public ministry is to withdraw for prayer, indicating that in order to live for the Kingdom, we too will need to be people of prayer.

This third week, I am noticing that even though the crowds often thwarted Christ’s plans for rest, He nevertheless planned for rest and solitude and consistently tried to get away! To me, that means we can pay attention to the needs of our limited flesh-and-blood body and plan getaways too!

Let’s look at the reasons He withdrew (without re-visiting the already established pattern that crowds followed him and people were often difficult).

He withdrew because of fatigue, hunger and thirst.

“Because so many people were coming and going that they did not even have a chance to eat, [Jesus] said to [his disciples], ‘Come with me by yourselves to a quiet place and get some rest.’ So they went away by themselves in a boat to a solitary place.” (Mark 6:31-32)

Jacob’s well was there, and Jesus, tired as he was from the journey, sat down by the well. It was about noon. When a Samaritan woman came to draw water, Jesus said to her, “Will you give me a drink?” (His disciples had gone into the town to buy food.) (John 4:6-8)

He withdrew to nap. 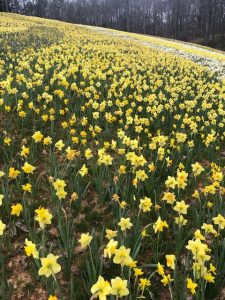 Does the fact that Jesus napped during a major storm indicate extreme exhaustion? Leaving the crowd behind, they took him along, just as he was, in the boat. There were also other boats with him.  A furious squall came up, and the waves broke over the boat, so that it was nearly swamped. Jesus was in the stern, sleeping on a cushion. The disciples woke him and said to him, “Teacher, don’t you care if we drown?” He got up, rebuked the wind and said to the waves, “Quiet! Be still!” Then the wind died down and it was completely calm. (Mark 4:35-39)

He withdrew to be with His disciples.

With many similar parables Jesus spoke the word to them, as much as they could understand. He did not say anything to them without using a parable. But when he was alone with his own disciples, he explained everything. (Mark 4:33-34)

“Jesus withdrew with his disciples to the lake….” (Mark 3:7)

He withdrew out of obedience.

“At once the Spirit sent [Jesus] out into the desert, and he was in the desert forty days, being tempted by Satan. He was with the wild animals, and angels attended him.” (Mark 1:12)

He withdrew to grieve. 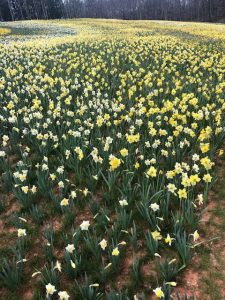 This reason tendered my heart the most. Jesus was sad when John the Baptist died. “When Jesus heard [that John the Baptist had been beheaded], he withdrew by boat privately to a solitary place.” (Matthew 14:13) The crowds followed him, but the fact that he sought solitude to process grief is duly noted.

He withdrew for specific, intense experiences with his closest friends — Peter, James and John.

Gethsemane — “They went to a place called Gethsemane, and Jesus said to his disciples, ‘Sit here while I pray.’” (Mark 14:32)

Transfiguration — “Jesus took Peter, James and John with him and led them up a high mountain, where they were all alone. There he was transfigured before them.” (Mark 9:2)

Not a single instance listed went “as planned.”

Crowds followed him, disciples awakened Him, Satan tempted Him, and even those closest to Him – His disciples – misunderstood Him, responded poorly, or failed to do what He asked.  But this week I have eyes to see that planning for a getaway must be an okay thing. As well, when a getaway turns out to not be as restful as we had hoped (which happened to Jesus 100% in today’s list), that must be a normal thing. 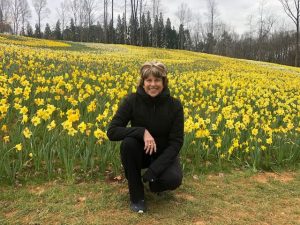 Picture Explanation: After many failed attempts to get away to Gibbs Gardens to see this year’s daffodils, I got to go! This annual display covers 50 acres, includes 200 varieties, and features millions of blooms! I am comforted to think about all the failed attempts of our Savior to get away for a break as well. Rather than getting frustrated from thwarted plans, maybe we should consider failed attempts and busy schedules as a normal part of the human existence. Every once in a while — when God knows we need it — the  times of refreshment will occur.