*Summer Refreshment Series – Live ABOVE the Chaos – Starting Over 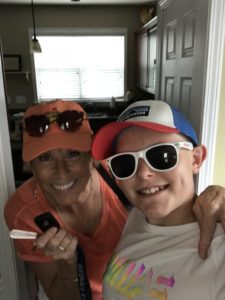 Question: Do you share any of the reasons I had weak faith in hard times?

When the calendar turned to a new year in my second marriage, it was time to look in the mirror and face what I had done. How does a girl become a Christian, do all the “right” things, love God dearly, serve Him wholeheartedly, and then fall apart when tragedy strikes? I knew that if I didn’t figure this out, I would spend my life living with the fear that I could be knocked down by the next tough circumstance that came my way. I couldn’t live like that!

The one who received the seed that fell on rocky places is the man who hears the word and receives it with joy. But since he has no root, he lasts only a short time. When trouble or persecution comes because of the word, he quickly falls away. —Matthew 13:20–21

You might as well insert my name in the parable: The one who received the seed that fell on rocky places is like Laurie who heard the Word and at once received it with joy. But since she had no root, she lasted only a short time. When her brother died and life didn’t go her way, she quickly fell away.

I stood up that New Year’s Day, dusted myself off, and asked God to take me on a journey back into my past to sort out what had gone wrong and to transform me into a woman who really is strong and doesn’t just look the part. God has since revealed several reasons why I was not deeply rooted and was unable to handle a major storm without being pushed over. 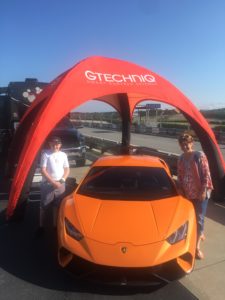 Reason #1: I did not understand my sinfulness in the presence of a holy God.

Truth be told, I thought God was getting a great deal when I became a Christian since I was going to do a lot for Him. It took some time to realize that I can do nothing of eternal value apart from God.

Reason #2: I had a subconscious “deal” with God.

The deal was, “If I do all this for You, God, You don’t touch my brother or anything else extremely valuable to me.” Contributing to the searing pain caused by Dan’s death was the sense of betrayal that God had broken His end of our “bargain.” Simply put, my relationship with God had begun with strings attached to it. I didn’t know how safe and loving God was, so I had never really trusted Him.

My relationship with God was based on striving hard to earn God’s love rather than relaxing in the reality that God already fully loves me. I cannot earn more of His love. I had foolishly grabbed a “to-do” list of what a good Christian looks like and was tackling it with all the gusto I could muster so God would be proud of me. Truth is I was exhausted by trying to live the Christian life based on an overestimation of myself and my abilities, deals with God, and relentless work. 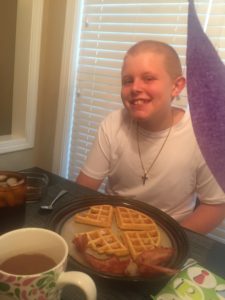 Reason #4: I was more interested in going to heaven than knowing God.

It would take years to figure out, but when I prayed to receive Christ as my Savior, my decision was more about gaining heaven than allowing Christ to also be my Lord.

As I began to understand these four reasons as to why I had not been deeply rooted in God, I started to journey with God the second time around with a large dose of humility and a clearer understanding that I had a lot to learn. Today, I live with greater confidence that God’s perfect love for me is never at stake. On the outside I probably look as industrious as I did then, but now on the inside, I am not striving feverishly. I am no longer trying to keep the world spinning. God can do that all by Himself.

*Summer Refreshment Series runs from June 10-August 12. Join me on a quick trip through Live ABOVE the Chaos with excerpts that will encourage you. Each week, this series will provide an excerpt from Live ABOVE the Chaos, selected specifically to encourage you in the heat of your summer months. We are all in this Christian life together, and our pasts include places where our relationship with God either faltered or completely fell apart. The great news is, however, that we can live in victory no matter our circumstances. In God alone, we are able to live a vibrant, meaningful life going forward that counts for eternity.

Picture Explanation: My amazing son is now 14. We attended a car show in May (top picture) and struck up a friendly conversation with someone who worked out a surprise for my son’s birthday in June. He received two rides around a racetrack in the fastest production car in the world, 0-16 in 2.6 seconds. It was so fun how everything worked out.