Souls are worth a great price.

Yesterday was the anniversary date of the death of Jim Elliot (October 8, 1927 – January 8, 1956). An American Christian missionary, he was one of five people killed while taking the message of Jesus to the unreached people group of the Waodoni tribe in Ecuador, which at the time were known as Aucas, meaning naked savages. One of Elliot’s most famous quotes is,

This is a description of what happened yesterday in 1956 per the book, Becoming Elisabeth Elliot. Elisabeth was Jim’s wife. 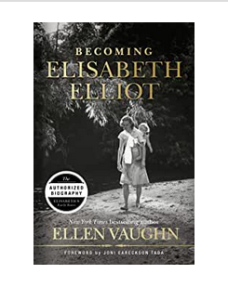 At her home in Shandia, Elisabeth Elliot bathed little Valerie and tidied up. She prayed for Jim, Nate, Ed, Pete, and Roger.

Back at Palm Beach, the long, hot day before had passed without a follow-up visit from the Waodani. But on this Sunday morning, January 8, when Nate Saint flew out over the jungle canopy, he spotted a group of naked people fording the river, moving in the direction of Palm Beach.

He buzzed back to the camp, “This is it,” he shouted to Jim, Pete, Ed, and Roger when he landed. “They’re on their way!”

The event that some say galvanized the Christian mission movement for the second half of the twentieth century took less than fifteen minutes. Days later, the search and recovery party found the carnage. When they fished Nate’s bloody body out of the Curaray River, his watch had stopped at 3:12 p.m.

Later in the book…

After much prayer and many feverish pages of journal exposition, Elisabeth Elliot believed that God was in fact directing her to live with the tribe. So she trekked deeper in the jungle with her tiny blond sprite of a daughter…to meet the very people who had killed her husband and friends. 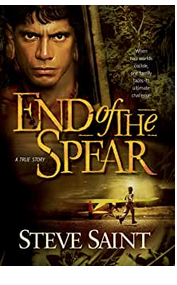 Nate Saint had a son, Steve Saint, who was left fatherless on January 8, 1956. Steve wrote End of the Spear: A true story HERE. The book cover reports that decades after the Waodoni’s lives were changed by learning to walk God’s trail, they asked Steve to return to the jungle with his family to live among them again and teach them how to interact with the encroaching outside world. The word, Auca, is now considered offensive because they are no longer savages.

This book makes me weep.

Over Christmas break, I also watched an action movie in which a 12-year-old boy was rescued from a dangerous place and returned to safety in his country. In the final scene, an exhausted, bloodied, injured, staggering man was doing all he could to remain standing after his efforts to get the boy safely home. After a final look that confirmed he had successfully completed his mission, he died.

I can’t get that staggering and spent visual out of my mind. I often consider that is how I want to live my life. Perhaps not physically bloodied (though that may occur), but to live in such a way that at the end, I have nothing left; I give it all. Though a fiction movie, the amount of energy, people, resources…and lives sacrificed…made me consider if a twelve year old boy is worth such sacrifice.

Every person is worth such effort. God is the one who causes a heart to respond to the message of Jesus, but He uses people to tell the message. I was challenged this week by the amount of energy I invest to help rescue people for Jesus and heaven. Am I willing to die? Bleed? Spend? Go without sleep? These are very convicting questions considering that I have hesitated over things like: I didn’t feel like leaving the house, dressing up, or missing a football game. I don’t think I am alone in my frailty.

Oh, how short-sighted we can be. 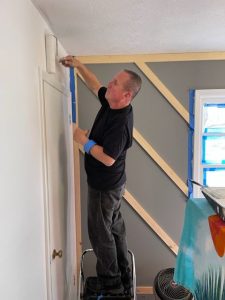 What good is it for someone to gain the whole world, yet forfeit their soul? (Mark 8:36)

Do we think about people’s souls?

I can still get lulled into thinking people are okay because they have wealth and are attending a good school.

We are therefore Christ’s ambassadors, as though God were making his appeal through us. We implore you on Christ’s behalf: Be reconciled to God. (2 Corinthians 5:20)

The Greek word for “implore” is déomai – properly, to feel pressing need because of lack – hence, to make urgent appeal; to have deep personal need causing one to beseech (make earnest, specific request).

Do we feel a ‘pressing need’ to make sure the people in our lives have an opportunity to consider Jesus and eternity after this brief life is over? Here’s the truth about me. When I don’t have my nose in the Bible and I am not praying for people by name, I forget. A day can go by without any imploring in my day toward people or my prayers to God. 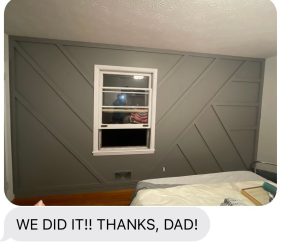 Let’s ask God to use us to grow heaven in 2022 and look forward to watching Him do so.

Picture Explanation: We need to show up in people’s lives. Sometimes people don’t ask us to, but God asks. Sometimes people ask for help to grow in their faith, like the Waodani tribe did, to which we say, “yes.” And sometimes the request is mundane like when a daughter asks her dad to come paint so she isn’t alone all afternoon. When he does, it makes it easier to believe God the Father will do the same.

We are on this earth for people who  need to be introduced to Jesus, taught how to walk with Jesus, and be loved like Jesus loves. Not a single person referenced in this blog post does anything perfectly, but showing up to try hard to reflect Jesus is always a beautiful thing.