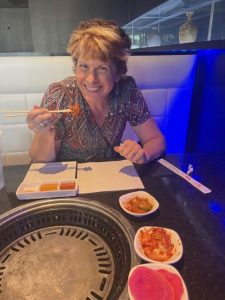 This year the Olympic games has seen an unprecedented number of athletes show up for competition but not compete. Over twenty athletes have tested positive for COVID and gone home. Six polish swimmers arrived only to be told Poland administrators had misunderstood the rules and taken too many athletes. Ten Nigerian athletes were sent home because their administrators had misunderstood the drug testing protocol and did not test the athletes enough. After all the training and careful team selection, these athletes had to go home without competing due to no fault of their own.

I can only imagine the pain.

The women’s gymnastics team and the world-wide audience watching the Olympics were shocked by Simone Biles withdrawing from the team final and individual all-around after getting the “twisties.” She lost her ability to know where she was in the air during gymnastic moves, leaving her vulnerable to serious injury and earning low scores for the team. We wish her a speedy recovery back to great mental health. Again, this was due to no fault of her own.

The Olympics went on without them.

All of these surprises have gotten me thinking. No events were canceled. Once a hole was created where Biles was supposed to compete for the U.S., Sunni Lee and Jade Carey became the two gymnasts to compete for the coveted all-around medal. The Nigerian team was missing from their track events. The six polish swimmers never appeared on a roster. And the athletes who contracted COVID and missed their events changed the competitive landscape for every other competitor in their event. 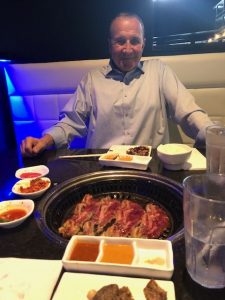 Others fill in when we don’t show up.

After all the changes, athletes that remained in competition received the medals instead. For instance, Sunni Lee won the gold instead of Biles, who had been the heavy favorite. What does this have to do with Christianity? Sometimes I can get to thinking people need me — my children, husband, friends, and students. But the truth is, if I were to leave earth tomorrow,

The world would go on without me.

God would grant my husband the ability to parent my children, my adult daughters would probably take on a more parental role with our youngest son, and the university would hire another professor.

Would I be missed?

Of course I would be. Like you, each of us is unique and we cannot be replicated, but the world would keep spinning. Under God’s watchful eye, life would go on without us.

We are invited, not needed.

God doesn’t need any of us to see His plans accomplished. Instead he invites us to participate. In so doing, we are giving Him room to use us and He will most assuredly do so! But if we don’t participate,

His plans will be accomplished without us.

Sometimes I can get a little “too big for my britches,” as they say. I can think myself too important, too necessary. I can actually think I am needed by God, the God of Psalm 148.

Praise the LORD from the heavens!

Praise him from the skies!

Praise him, all his angels!

Praise him, all the armies of heaven!

Praise him, sun and moon!

Praise him, all you twinkling stars!

Praise him, skies above!

Praise him, vapors high above the clouds! 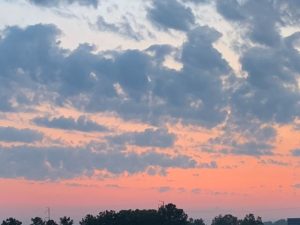 Let every created thing give praise to the LORD,

for he issued his command, and they came into being.

He set them in place forever and ever.

His decree will never be revoked.

Praise the LORD from the earth,

you creatures of the ocean depths,

fire and hail, snow and clouds,

wind and weather that obey him,

mountains and all hills,

fruit trees and all cedars,

wild animals and all livestock,

kings of the earth and all people,

rulers and judges of the earth, 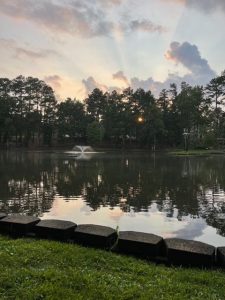 Let them all praise the name of the LORD.

For his name is very great;

his glory towers over the earth and heaven!

He has made his people strong,

honoring his faithful ones—

the people of Israel who are close to him.

God doesn’t need me, or you! 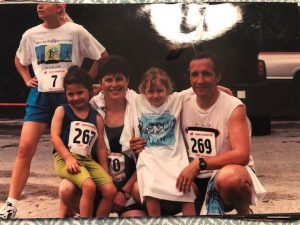 The athletes listed did not ask to be removed from their events. As for each of us, however, we can decide not to fully participate in God’s purposes for our lives. You and I can decide to let someone else do the Kingdom work while we live for ourselves. If we don’t show up, someone else will grab the gold. Someone else will live the miracles and reflect His glory.

Because God will leave nothing undone.

Though the world will go on without us, we still need to decide what we are going to do with the time we have here. 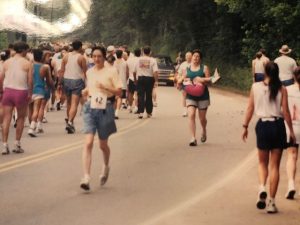 Are we available for God to use us, or are others going to run the race while we watch?

Picture Explanation: 1-2) My husband and I met 29 years ago in July. We celebrate that first date, this year with my first Korean BBQ dinner. Yum! 3-4) God’s creation sent to me. 5-6) When our family ran a race many years ago, the gun shot to start the race startled my daughter. She was unable to compete, so I carried her. When each of us gets to the end of life and turns around, we will find we made it to the finish line was because He carried us. I know He has carrying me, and I love Him for it.