Jesus had us on His mind while on the cross. 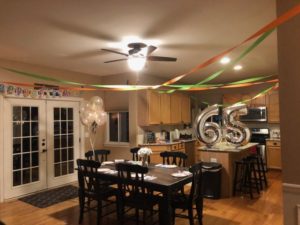 Two of Christ’s twelve disciples really messed up during the events leading up to the crucifixion, Judas and Peter.

Then Judas Iscariot, one of the twelve disciples, went to the leading priest to arrange to betray Jesus to them….So he began looking for an opportunity to betray Jesus. (Mark 14:10-11) …Judas, one of the twelve disciples, arrived with a crowd of men armed with swords and clubs…The traitor, Judas, had given them a prearranged signal: You will know which one to arrest when I greet him with a kiss….(Mark 14:44) As soon as they arrived, Judas walked up to Jesus. “Rabbi!” he exclaimed, and gave him a kiss. (Mark 14:45)

Notice the words: arrange, looking for an opportunity, arrived with a crowd, prearranged signal.

What was Judas’ response when faced with the truth? 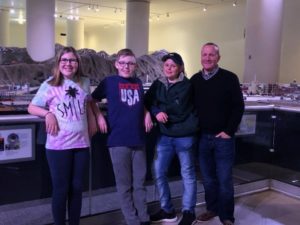 Then when Judas, who had betrayed Him, saw that He had been condemned, he felt remorse ….And he threw the pieces of silver into the temple sanctuary and departed; and he went away and hanged himself.

He denied Jesus three times the night before Jesus was crucified. A servant girl “looked at him closely and said, “You were one of those with Jesus of Nazareth.” But Peter denied it. “I don’t know what you are talking about,” he said…(Mark 14:67-68). When the servant girl vocalized her thoughts again, Peter denied it again (Mark 14:70). When some other bystanders did the same, Peter swore,”A curse on me if I’m lying-I don’t know this man you’re talking about!”

What was Peter’s response when faced with the truth of his actions?

Peter broke down and wept. 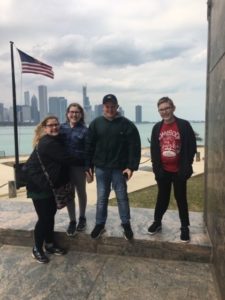 Suddenly, Jesus’ words flashed through Peter’s mind: “Before the rooster crows twice, you will deny three times that you even know me.” And he broke down and wept. (Mark 14:72)

While we continue grappling with the reality that our Savior’s last breath on earth occurred while He was hanging on a cross with His flesh shredded to pieces, His friends gone, and His enemies jeering, now we know something more.

Peter was on His mind.

In Matthew’s account, after Jesus died and rose from the dead, what did the angel say?

…but the angel said, “Don’t be alarmed. You are looking for Jesus of Nazareth, who was crucified. He isn’t here! He is risen from the dead! 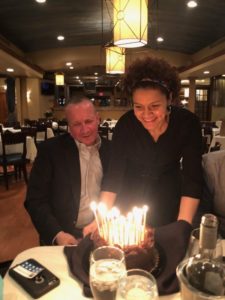 Look, this is where they laid his body. Now go and tell his disciples, including Peter, that Jesus is going ahead of you to Galilee. You will see him there, just as he told you before he died.” (Mark 6:6-7)

Then the resurrected Jesus walked around for a while appearing to the disciples and over 500 others.

What happened when Peter saw the resurrected Jesus?

At dawn Jesus was standing on the beach, but the disciples couldn’t see who he was. He called out, “Fellows, have you caught any fish?”…Then the disciple Jesus loved said to Peter, “It’s the Lord!” When Simon Peter heard that it was the Lord, he put on his tunic (for he had stripped for work), jumped into the water, and headed to shore. (John 21:4-7)

Peter’s heart must have leapt out of his chest when He saw Jesus on the shore grilling fish for breakfast. He had messed up so much by denying knowing the Savior he loved, but that Savior had died, then rose again to find him and dine with him.

Jesus went to the cross with Peter, and us, on His mind.

…fixing our eyes on Jesus, the author and perfecter of faith, who for the joy set before Him, endured the cross, (Hebrews 12:1)

We were the joy set before Him. 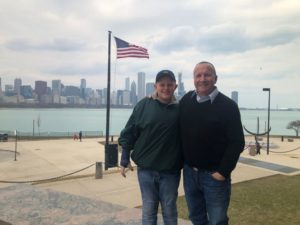 Picture Explanation: My husband was celebrated twice for his birthday this year. After being celebrated by his family at home, he and our son traveled to family up north were he was surrounded by his oldest daughter and her family. What a fun trip for all!