Women of the Easter Story. They stayed. 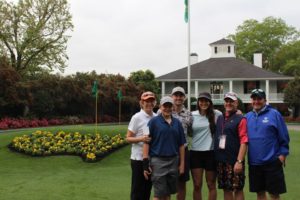 In a society currently focused on women’s rights issues, it’s worth taking a look at the evidence that Jesus found women valuable. Throughout Scripture we see Him honor the marginalized in general, not just women. His birth was announced to shepherds watching their flocks by night. He dined with tax collectors and healed the sick and demon possessed. Jesus also welcomed little children and cared for the poor. With regard to women in particular, Jesus healed an “unclean” woman with an issue of blood when she touched the fringe of His robe, dined with his good friends Martha and Mary, forgave a woman caught in adultery, and conversed with an ostracized woman caught up in serial relationships with men.

We have been spending Lent analyzing Isaiah 53:3 from many angles. Today, we look at the role women play in the Easter story.

The disciples ran away, but the women stayed.

In an earlier post HERE, the disciples told Jesus they would never desert Him (Mark 14:29), then all of his disciples deserted him and ran away. (Mark 14:50). Even worse, Peter openly denied him and Judas betrayed him HERE. The closer we get to Easter morning, the less we see of the disciples and the more we see of women. 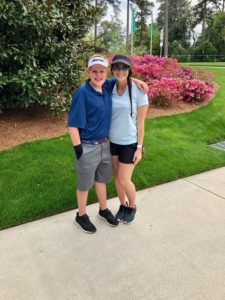 Women watched Him on the cross.

While hanging on the cross — with every breath bringing agonizing pain, blood dripping down His face from a crown of thorns shoved forcefully on His head, and shredded flesh as his clothing — Christ’s last task as a man was to make sure his mother was taken care of.

Immediately after this act, Christ breathed His last. 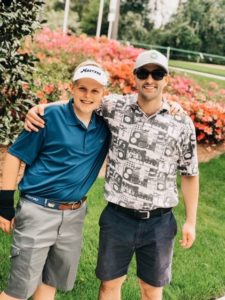 After this [making sure John would take care of His mother], Jesus , knowing that all was now finished said, “I thirst.”,,,When Jesus had received the sour wine, he said, “It is finished,” and he bowed his head and gave up his spirit.

Other women watched the crucifixion along with His mother Mary, but none of the twelve disciples were present.

There were also women looking on from a distance, among whom were Mary Magdalene, and Mary the mother of James the younger and of Joses, and Salome. When he was in Galilee, they follow him and ministered to him, and there were also many other women who came up with him to Jerusalem. (Mark 15:40-41)

Women followed to the tomb.

Three of the four gospels report women following Joseph of Arimathea to the tomb where he laid Christ’s body.

…And he [Joseph of Arimathea] rolled a great stone to the entrance of the tomb and went away. Mary Magdalene and the other Mary were there, sitting opposite the tomb. (Matthew 27:60-61)

And Joseph bought a linen shroud, and taking him down, wrapped him in the linen shroud and laid him in a tomb that had been cut out of the the rock. And he rolled a stone against the entrance of the tomb. Mary Magdalene and Mary the mother of Joses saw where he was laid.  (Mark 15:43, 46-47) 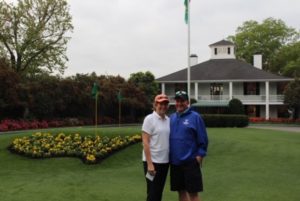 he women who had come with him from Galilee followed and saw the tomb and how his body was laid. (Luke 23:55)

Am I a woman who stays even when things don’t make sense?

My heart is incredibly touched by the women who not only stayed to watch the crucifixion, but remained committed to caring for Christ’s body afterward. I am forced to ask myself: 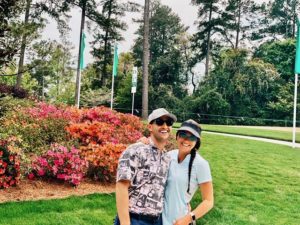 I have left Him during hard times. I have been like the disciples were: absent. I can only hope for the grace and strength to never run away again. I am touched by Christ’s love for all of the marginalized, but today I am particularly touched by his love for women. I can’t help but think they followed because they knew with Him they were safe and they were seen. Indeed, He was a man like no other.

To be continued next week before the sun rises…

Picture Explanation: Today, the winner of the annual men’s Master’s golf tournament in Augusta, GA will be determined, weather permitted. Last weekend, my family was in Augusta for another historic event. Women played golf on the Augusta National golf course for the very first time as part of the inaugural Augusta National Women’s Amateur tournament. Our family, minus one daughter, enjoyed the day with a dear friend who made it all possible, and the other daughter’s boyfriend. We ate pimiento sandwiches, peach ice cream sandwiches and watched some amazing golf on a golf course so beautiful it seemed magical. The winner, Jennifer Kupcho, the top-ranked amateur in the world and a senior at Wake Forest, finished the course ten under par. AMAZING. 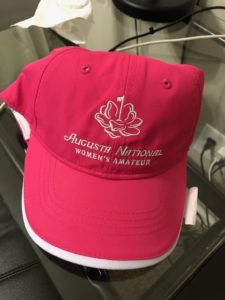