Do we idolize marriage?

One of the areas I have been considering lately is how marriage is esteemed in church communities and I wonder if married couples receive partiality or are favored. The entire bible is strung between the marriage of Adam and Eve in Genesis and the bride of Christ being presented to Jesus in Revelation, so marriage is a mainstay institution in the church and constant pattern God uses.

I wonder if we can push things too far and make marriage in idol.

Marriage is not the goal in life. Jesus is. 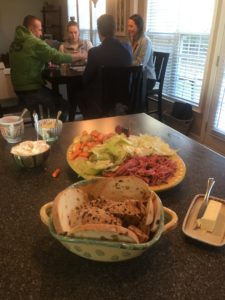 As I watch beautiful women who love Jesus, wait for marriage, I have been sensitized to seeing single women be asked, “Are you dating anyone yet?” How often is that question heard as, There is a higher goal for you called marriage. How are you doing at reaching that?

While mulling this over for quite a few weeks now, I  read a quote in a book this week that scalded me and prompted this post. When talking about marriage between people being a pattern for the greater marriage between Christ and the church this author wrote: Recognition that marriage (at its best) points to a much greater reality relieves the pressure on all concerned. First, it depressurizes single people. We live in a world where sexual and romantic fulfillment are paraded as ultimate goods. Miss out on sex, we are told and you miss out on life.

True, although why is the sex part in there? Isn’t an intimate relationship more of the dream?

But within a Christian framework, missing marriage and gaining Christ is like missing out on playing with dolls as a child, but growing up to have a real baby.

Don’t say those words to a single woman aching for her prince.

Don’t turn her dreams into playing with dolls as a child. And don’t use another painful element of being single as illustration. The single woman who is aching to be married, probably also wants to be a mom. Don’t talk to her today about having a relationship with Jesus is like having the real thing, like a real baby

I think I am seeing partiality right now. 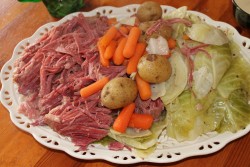 I want to be angry at this author, but then I have to look at something I myself have done innocently as a mom that is breaking my heart right now.

I started “married boxes” when the girls were little.

The box was labeled with each daughter’s name and each year I added keepsakes, photos, awards, and a customized Christmas ornament that represented every year of their life. Last year one of my daughters got married and I joyfully delivered her married box. She was delighted to decorate her first Christmas tree as a new wife by hanging her family history on evergreen branches as she shared the story of each ornament with her new husband, including the crocheted angels her grandmother made her when she was born.

But what about my other adult daughter in her late twenties who is not yet married? Why did I do this married box thing? She hopes to marry, but I don’t know God’s plans for her. What if in a few years she purchases a home as a single woman? I will deliver the box of keepsakes and ornaments to her home like I did for the other, but as I hand it to her, she and I will both know what I called it her entire life.

I am so grieved at what I have done. May my heartfelt apology result in changed behavior. May I never treat a single person as if they are less than, accidentally or on purpose. Oh, Lord, help me.

Let’s stop making marriage the prize in our churches.

Walking with God is the prize. 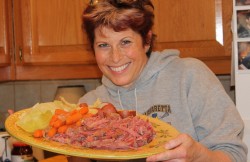 Picture Explanation: My daughter graciously permitted me to publish this blog.

On a more upbeat note, your Irish blogger is going to make corned beef and cabbage for the 27th year in a row. Getting pretty good at it, but the fun part is seeing my family, playing Sequence, and eating Irish soda bread all month. Kudos to our oldest daughter, E, who sends us Winston’s Irish soda bread each year and taught me how to make the mustard horseradish sauce to slather all over everything. Game changer. Pictures are from past years.