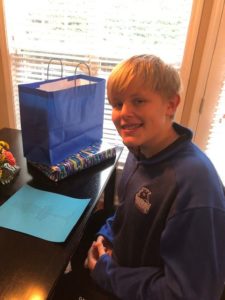 Imagine being a teenaged girl and having the angel Gabriel appear to you.

Would you be greatly troubled?

And the angel said to her, “Do not be afraid, Mary, for you have found favor with God. And behold, you will conceive in your womb and bear a son, and you shall call His name Jesus. He will be great and will be called the Son of the Most High. And the Lord God will give to him the throne of his father David, and he will reign over the house of Jacob forever, and of his kingdom there will be no end.” (Luke1: 30-33)

Would you have questions?

And Mary said to the angel, “How will this be, since I am a virgin?” And the angel answered her, “The Holy Spirit will come upon you, and the power of the Most High will overshadow you; therefore the child to be born will be called holy–the Son of God. (Luke 1:34-35)

Would you feel alone? 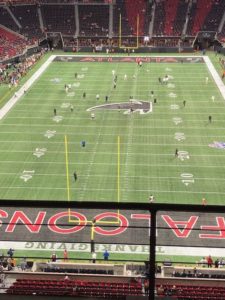 Gabriel comforts her with news that she would not be alone in having a very unique pregnancy that would have people talking about her, for sure. (I also feel certain some people talked to her, as well.) “And behold, your relative Elizabeth in her old age has also conceived a son, and this is the sixth month with her who was called barren. For nothing will be impossible with God.” (Luke 1:36-37) Elizabeth was an old woman. Picture gray hair and post-menopausal. People were talking about her too. Mary would not be alone.

I have been challenged by this all week. Read it again.

Do we have this kind of heart?

I have been making a concerted effort all week to stay calm and accept the plans God has for my days. When my days go awry in this busy month filled with extra people, extra tasks and extra activities, I want to respond like Mary.

After all, I too am a servant of the Lord. 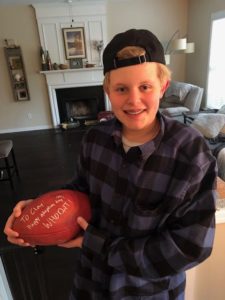 Mary’s plans rocked her world and were controversial within her society. My world may change in such a way, but probably not. So if she can have a surrendered heart after finding out her first pregnancy will occur when the Holy Spirit comes upon her, and she will birth a Son who will change history, then I too can respond like her with events much less earth-shattering. And if earth-shattering events end up coming my way, I will still have her response to emulate.

What’s the first thing Mary did?

She did what any of us would do.

She arose to go be with Elizabeth, the only other woman on earth who would understand what she was going through. In those days Mary arose and went with haste into the hill country, to a town in Judah, and she entered the house of Zechariah and greeted Elizabeth. (Luke 1:39-40)

More about Mary and Elizabeth next week… 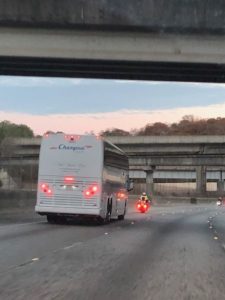 Picture Explanation: This is the son that rocked my world. Last week I shared celebrating being the mom of this amazing young man for the past 13 of his 15 years. Usually we celebrate his adoption day, but this year it turned into a weekend celebration that started with attending the Falcons v Saints game on Thanksgiving day. We had so much fun. Though we live in Atlanta, he and I are Saints fans. Not only did he receive a signed football by some Saints players, on the way to the game we saw the Saints bus getting a police escort. I had no idea NFL teams were ushered to the stadium with such protection. It was so fun to pull up alongside them and wave.

P.S. – Six days after this post published, I made two small edits. Mary was most likely not pregnant during Gabriel’s visit. He spoke in future tense, so I changed some present-tense language to future-tense language in a few places to be more accurate with what Scripture tells us.

Does God care about productivity?

Do you have mental margin?

Are we missing the lovely bits of life?